Matchday 20 kicks off on Tuesday & signals the start of 40 Premier League fixtures across 14 days. The schedule continues to be relentless & I’m sure we will see upsets, injuries & league position changes.

Leicester City went top on Tuesday evening with a 2-0 victory over Chelsea. Next, it was Manchester City’s turn on Wednesday night after they beat Aston Villa 2-0. 2 hours later, Manchester United went back to the top after coming from behind to beat Fulham 2-1.

We have had 9 different Premier League leaders in total; the 3 clubs above plus Liverpool, Chelsea, Tottenham Hotspur, Arsenal, Everton & Southampton. Personally, I love it & think it’s great that the league is so unpredictable & I hope it continues. It makes betting difficult, but it’s so much fun to watch.

Liverpool has hit a rough patch & getting a lot of stick for it recently. It seems like not a week goes by without another name being added to the injury list & almost every player has spent time on the sidelines. I don’t think any other side would be able to stay competitive with the same CB losses that Jurgen Klopp’s team has suffered.

The standards & consistency Liverpool set 2018-20 was ridiculous. It’s harsh to expect similar levels this season. The same amount of games are being played with 2 months removed from the calendar. With their injury problems, they have done well to stay in the Top 4 & qualifying for the Champions League will be a successful season with all things considered.

ALLARDYCE GETS HIS FIRST WIN

Matchday 19 kicked off last weekend with the Black Country Derby. 11 miles separate these two clubs & it looks like Sam Allardyce is starting to work his magic. Semi Ajayi’s goal is a move straight off the training ground & we all know Big Sam loves making the most of set-piece opportunities. Their other two goals came from the spot as Matheus Pereira converted both for a brace. 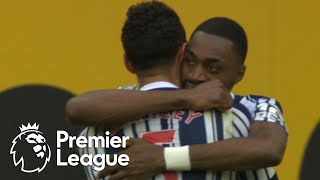 It was another disappointing result for Nuno Espírito Santo’s side, who are in a bad moment. This loss was their sixth in their last nine games & they find themselves in 14th. However, 18-year-old Fábio Silva scored his first goal for the club. He used to body superbly to shield Willy Boly’s backheel & composed himself to slot past the onrushing David Button. I’m amazed to see Silva comes in at 6’1″. He looks a lot smaller on the pitch. 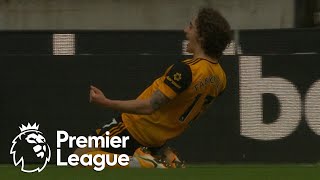 Allardyce was without first-choice goalkeeper Sam Johnstone & winger Matt Phillips who both tested positive for COVID-19. I think it’s inevitable that we will see the Premier League taking a ‘circuit breaker‘ for at least a month. This weekend some of the players ignored the authority’s request to celebrate goals socially distanced & one more mass outbreak at a club will cause major scheduling issues.