I picked up my 2nd clean sweep of the season in Matchday 18 Part 2 to make 5.618 Units of profit. Those wins pushed me into the green with 0.03 cents of profit………ballin’!

This is Brendan Rodgers 13th year in management & it shows. The Leicester City manager knows his players, what playing style gets the best out of them & his best starting eleven. He doesn’t have as good resources or squad depth available to him when compared to the elite clubs, but he maximizes what he does have.

They took the lead after 6 minutes when a quick corner fell nicely to Wilfred Ndidi on the edge of the box. He struck the ball on the half-volley into the bottom corner off the inside of the post with the outside of his weaker foot. This goal was the perfect start to Leicester’s evening & The Foxes double-downed on their game plan to sit back & hit Chelsea on the counter.

This paid off on 41 minutes when Marc Albrighton played a long ball behind Chelsea’s backline. Kurt Zouma chose to stick tight with James Vardy rather than attack the ball. It sailed over his head & sat up nicely for James Maddison, who was allowed to ghost into the back post thanks to James Reece. Edouard Mendy came rushing out to narrow the angle, but it was too late. Maddison stroked the ball past him into the back of the net & the game was over before halftime.

The pressure on Frank Lampard has intensified & rumors are circulating that a replacement is being lined up. Thomas Tuchel, Julian Nagelsmann & Ralph Hasenhüttl are the front runners because they speak German. Chelsea spent $146.3 million on Timo Werner & Kai Havertz & they’re prioritizing their success over everything else.

I’m with Dean Smith 100%, the new phase of play offside rule that deems Rodri to be onside is ‘Farcical and pathetic. He’s 10 yards behind Aston Villa’s backline, gains an advantage & interferes with play. You can’t blame the Referee or VAR as they applied the law to the letter. This ruling did help me cash my Parlay as the game was deadlocked up to this point. Manchester City went on to win 2-0 & Manchester United came from behind (again) to beat Fulham 2-1. 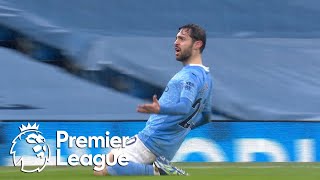 FIFA & Football Associations need to take a long look at themselves & rethink these constant tweaks to the game. Football’s brilliance is in its simplicity & the authorities should be doing their best to preserve it.

I’m all for constructive rule changes like concussion subs (LOOOOOONNNGGGG overdue), goal kicks not needing to leave the 18-yard box (speeds up play), a drop ball if the referee touches the ball (fair) & no more double punishment for the last man who concedes a penalty if they tried to play the ball (keeps games competitive).

I would love to see a return of MLS’s 1990’s penalty shootout rules; they look so much fun. 35 yards out, 35 seconds to shoot, as many touches as you like & the GK can move.

Former Newcastle manager Rafa Benitez has left his role at Chinese side Dalian Professional due to personal reasons. He wants to be closer to his family & support them during the Covid pandemic. Naturally, the social media rumor mill went into overdrive, with many fans calling for his return.

It’s easy to see why as The Magpies are winless in 10 in all competitions scoring just 4 goals & 1 in their last 8. In the post-match interview after Saturday’s 2-0 defeat to Villa, Steve Bruce claimed that his tenure should be deemed a success after finishing 13th last season, which equals ‘the mighty Rafa.’ The pressure is getting to him & the fans have had enough.

Marcelo Bielsa is on the opposite side of the spectrum. Leeds United fans see him as a managerial god, a man who took the club back to the promised land & given them identity on the pitch with his highly entertaining brand of football. His side smashed Newcastle 5-2 at Elland Road back in mid-December.

Back Leeds to get the win.

These two met in the FA Cup at the weekend & Southampton came out on top 1-0. Hassenhüttl went with his strongest eleven whilst Mikel Arteta rotated & rested his stars. The Arsenal manager has received a lot of criticism for that decision & he needs to win this game.

The Gunners strongest eleven are unbeaten in their last 5 Premier League games with 4 wins & 1 draw. They’ve scored 11 goals & conceded just 1 in this run. Southampton has won 1, drawn 2 & lost 2 in their last 5 league games.

Arsenal’s first eleven are the side in better form & fresher. Back them to get the 3 points.