Both of my bets failed to hit in Matchday 32 with defensive mistakes playing a big part.

John Stones missed clearance allowed Ollie Watkins to get in behind and find John McGinn who scored after 21 seconds. Goals from Phil Foden and Rodri made it 2-1 to Manchester City and I was confident they would push on for another to finish the game off. Moments before halftime Stones made a needless and reckless challenge on the halfway line and was rightly sent off. City shut up shop in the second half sinking my City -1.5 Goal Handicap.

West Ham on the Money Line would have been a sure thing if it wasn’t for Craig Dawson. A ridiculous passage of play saw Dawson sent off for a wild challenge after a heavy touch and Issa Diop score an own goal. Minutes later Łukasz Fabiański dropped a routine catch and The Hammers were 2-0 down. Even with 10-men, they rallied in the second half to make it 2-2 before Joseph Willock’s bullet header secured all 3 points for Newcastle. 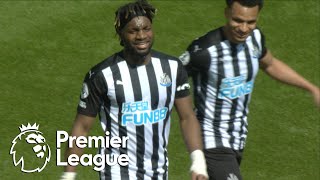 This is a massive game in the race for Champions League football with both sides on 55 points.

I think goals will be scarce in this game. West Ham have thrived hitting teams on the counter this season but Chelsea sit deep with their three center backs and two central midfielders limiting the space behind them. I backed Chelsea to secure a Top 4 spot back in mid-February. A win here will put them in the driving seat and I’m leaning more towards it looking at West Ham’s squad. The Hammers will be without Craig Dawson who is suspended and Declan Rice who is still recovering from a knee injury. Both have been key players to their success and will be heavily missed.

Back a low-scoring game and Chelsea to leave London Stadium with 3 points.

It’s very likely that Roy Hodgson will leave in the Summer when his contract runs out. Many believe the 73-year-old will bring an end to his 45-year managerial career which has seen him enjoy spells at Liverpool, Inter Milan, Udinese, Malmö FF, Fulham, Switzerland, Finland, and England.

Crystal Palace are also facing a contract crisis with deals expiring for sixteen players at the end of the season. With so much uncertainty and Premier League survival secured it’s difficult to see these players motivating themselves for the final five games of the season.

On Thursday night Leicester City blitzed West Brom in 13 first-half minutes scoring 3 goals. They ran out 3-0 winners and James Maddison made his long-awaited return from injury. The Foxes are fully motivated to see the season out strong and secure Champions League football after missing out last season.

Leicester have everything to play for and will win comfortably.

Back in 1992, Everton were one of the Big Five alongside Tottenham, Liverpool, Arsenal, and Manchester United who pushed for the creation of the Premier League. If Europe’s elite offered them a seat at the Super League table would their name have been on the press release? Would they have rejected the opportunity and stood with the rest of Europe condemning the breakaway clubs?

We will never know.

Since the news fully broke we’ve seen big performances from some of the sides facing the six English breakaway clubs. Leeds United equalized late to get a point against Liverpool and Brighton held Chelsea to a 0-0 draw.

Everton will be up for this game and will leave The Emirates with something.